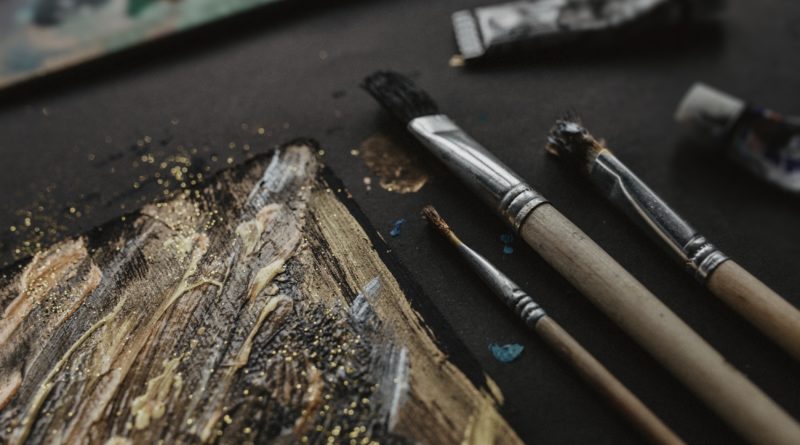 What is art? What is the point of it? Was it always like it is nowadays? Those are a few of the numerous questions that we can ask ourselves, whenever we stop for a while to observe a painting, whenever we close our eyes to listen to a symphony or even to hear a song and feel its lyrics. Those feelings we experience are what drives us to try to understand the point of view, the psychology and the current spirit of the artist.

According to the Oxford dictionary, the agrees-upon meaning of art is “the expression or application of human creative skill and imagination, typically in a visual form such as painting or sculpture, producing works to be appreciated primarily for their beauty or emotional power”.

Now, we will not be discussing whether art is “a copy” or a “copy of a copy” as Plato says in his masterpiece “The Republic“, or whether it is an illusion of the reality that does not reflect it, or whether it is merely an ameliorate picturing of reality. In this article, we wish to study the Impact of artworks through which decisions were made, positions were taken, laws were changed and important stories were told. The kind of art that provoked powerful emotions, which turned into powerful mental visions that reached people’s souls and minds, and played a major role in convincing them of whatever idea is held and carried by it. Art is the tool that gives a cause its soul, that grants a movement its voice, and somehow from a small voice trying to gain the smallest attention and yield the bare-minimum of interest to itself, to occupying a largely important place in some rare cases.

That is why the repression had and continues to have a voice as one of the first and major manifests, as we can clearly see in the resistance against slavery and skin color racism, on which art had a significant impact. The first thing that comes to our minds when we read that sentence, would be paintings or poems that prompt people to join the movement in order to snatch their freedom, but in fact, it goes beyond that.

The Black race was deemed an inferior race, a race that is meant to be just a simple working class under the authority and submission of the white race, that can do nothing but hard work, resulting in a complex installed and remained for a long time. As we can see, it was not only about expressing wrath and gaining freedom, but also to show that they are just as smart as their masters, hence the question was also breaking the complex of “the colonized or the slave and his master”. Despite the conditions, black slaves have shown their potentials and have proven their abilities and their mastery of all arts, at least as well as their masters.

Philis WHEATLEY (1753-1784), one of the most popular non-white poets in history, was a domestic slave for the Wheatley family in Boston, Massachusetts. In her time, she was considered to be lucky for being taught how to read and write. Because of her ambition and determination, she could write multiple poems which were regrouped and published on 1773 in London, and that became her first and most known book titled “POEMS on various subjects, religious and moral”. The young lady showed an enormous talent and high sense of wisdom, which was a sort of call out to all those who did not believe in themselves, a life and death lesson, a wake-up call to both whites and -especially- black people to believe in their ability and will. Her quotes remain a source of inspiration to this day, not only for the beautiful style of their writing, but also for their powerful emotional resonance. In a letter published in many area newspapers, in 1774, she wrote her famous quote:

“In every human Breast, God has implanted a Principle, which we call Love of Freedom; it is impatient of Oppression, and pants for Deliverance.”

Her poetry was intense, meaningful, full of sensibility and passion, and written with beautiful words. In her poem “To a Gentleman and Lady on the Death of the Lady’s Brother and Sister, and a Child of the Name Avis, Aged One Year”, she said:

“… But, Madam, let your grief be laid aside,

And let the fountain of your tears be dry’d,

In vain they flow to wet the dusty plain,

Your sighs are wafted to the skies in vain,

Your pains they witness, but they can no more,

We can’t go any further without stopping in the 19th century to take a look on the one who made the “Colonel Robert Gould Shaw” sculpture (1864), which is now at The Museum of African American History in Boston. This icon is named Edmonia LEWIS (July 4, 1844 – September 17, 1907), also known as “The Wild Fire”. She was the first woman, and further the first African-American, who earned an international reputation as a sculptor. Beside the famous sculpture of “Colonel Robert Gould Shaw” as a tribute for the 54th commandment leader, she made many master pieces during the time she spent in Rome, such as “Forever Free” (1867), which shows a man freed of slavery with broken chains in a posture of a vanquisher, with a woman thanking god for his blessing ; “The Arrow Maker” (1866-1872), “The death of Cleopatra” in (1876), and the list goes on.

In the same period, Henry Ossawa TANNER, also known as the “modern spirit”, was another big name that shined in the sky of the art world. He was known for his depiction of biblical scenes and landscapes of black people’s lives. One of his pieces, “The Banjo Lesson” (1893), shows a father or a grandfather teaching his son how to play music in a room with empty tableware on the floor. The combination between the warm color in the side of the father and the bright color on the side of the son, offers a warm portrayal of family and a sign of passing from a dark past to a brighter future, and illustrates the strong bonds between generations. He inspired generations of black artists as Jacob LAWRENCE and Aaron Douglas who were popular artists at the time of the Golden age of the African-American culture, where we must mention also Langston HUGHES, one of the most famous figures of the “Harlem Renaissance”. His first poem published in ”The Crisis” Magazine was written after he graduated from high school, under the name of “The Negro Speaks of Rivers”:

I bathed in the Euphrates when dawns were young.

I built my hut near the Congo and it lulled me to sleep.

I looked upon the Nile and raised the pyramids above it.

I heard the singing of the Mississippi when Abe Lincoln went down to New Orleans,

And I’ve seen its muddy Bosoms turn all golden in the sunset.

At this glorious period, we can spend a long time just on citing names like Archibald J. Motley   or William Henry Johnson and Augusta Savage. It was a revolutionary time in which the African-American community knew an enormous progress in all fields, and where Art had a vital role in supporting their case and proving their presence in their society. However, this movement wasn’t taken just by the black people, but also a lot of white people. In fact, according to several sources of history, slavery in U.S.A began in the 6th century during the time of ”British America”, and lasted till the 19th century. But its peak was reached in the 16th century. In the 19th century, on January 1st, 1863, President Abraham Lincoln officially published the “Emancipation Proclamation», that formed the first step to get over the slavery in USA and especially for the southern states.

Like the politicians who took their own positions towards that revolutionary declaration, artists were also inspired by the revolution and expressed their faiths in the case, like John GREENLEAF WHITTIER (1807–1892) who played for instance an important role against slavery. He wrote several anti-slavery poems, most importantly “To William Lloyd Garrison”, “The Slave Ships”, “Follen”, “The Yankee girl” and so on. His quotes still inspire people to this day.

“We shape ourselves the joy or fear,

Of which coming life is made,

And fill our atmosphere with sunshine or with shades”.

Finally yet importantly, we must mention Mr Romare BEARDEN, another symbol in another century, who grew up in Harlem at the time of the renaissance. His painting called “Negro’s War” was meant to feature in an article in Fortune Magazine on June 1942. The painting shows three black men looking sad because of the racial discrimination and denied in the work fields.

Through this small presentation, though it is about just one movement, it reflects how the artistic activity confirmed and still confirms itself as a device to express the most honest and loyal individual and social preoccupations, and reveals that it is primordial to people and societies, same as the scientific and intellectual activity.

Until today, artist’s artworks are conserved, registered in museums and archives and exposed in several cities, instead of letting it eaten by dust. But the most important thing to remember, is that those works formed “the legacy”; the legacy that is dwelled in people’s mind to never forget from and how they came, and what their people had to do for a better life. The legacy that made their history, but importantly: their Identity!